A survey conducted by The Potty Training Academy reported that the pandemic has fuelled a rise in the number of children starting school before fully toilet-trained.

It revealed 63% of parents are struggling to train their children and 77% found the experience daunting. New Reception children were not allowed to visit the school before they started. So even if they were successfully potty-trained in lockdown, many regressed in new surroundings, out of their comfort zone.

In previous generations parents did this when children were between 1 and 2 years old, working hard to read the early signs and “catch” it, but it has gradually crept later. This could partly be because disposable nappies are quite cheap, partly because we lead very busy lives, and partly because it became fashionable to let children take the lead entirely. For some children, the age of becoming potty trained may creep on until they were 4 or even 5, causing problems in pre-school and at school.

Here at Tops Day Nurseries, we work with The Potty Training Academy. This academy is the world’s only potty training programme for parents and nurseries and introduces the consistency that children need when transitioning from nappies.

Now we know that plastic waste is causing an immense international crisis, and actually, parents can potty train children earlier without putting any undue pressure on children or themselves, and methods such as the Potty Training Academy can really help. The Potty Training Academy has created a pack which includes all the essential elements to encourage and support your little one as they learn, putting some FUN into potty training!

We know that potty training requires some patience and practice, that is why you might as well use this extra time as an opportunity to perfect the potty! Find out how you can help instill confidence, learn all about reusable nappies, GECCO and how to share your skills with others here.

Who wins if we train toddlers to use the potty? 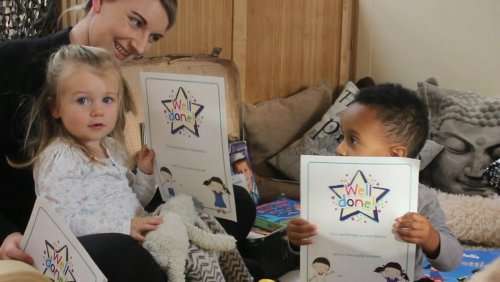 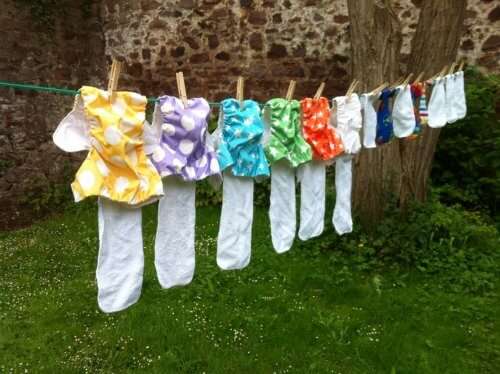 Did you know that using cloth nappies is likely to make potty training easier, and have your toddlers out of nappies earlier, which is great for their self-esteem as well as your budget? So please ask to borrow one of our real nappy hampers and give it a go!

It’s so much more convenient and easy than you might think, click here for our infographic, and we will introduce you to other parents and staff who have experience and can help answer any questions you may have.

There is a method called ‘Elimination Communication’ or ‘ Natural Infant Hygiene’ which is practiced in more primitive cultures around the world.  This method essentially potty trains babies from infancy, so there is no need for nappies.

Babies are capable of giving us signs that they need the toilet (just like when they’re hungry or tired) but if ignored they lose this ability after six months (until toddler toilet training time). Parents look for patterns and watch for cues, taking their baby to the bathroom when they think they need it.

If this is a method you are working on with your child, please let a member of the team know during your visit. Click here to find out more about EC by Babyology. Click here to read an article on how parents potty trained their 2 week old baby using this method.

Whatever route you choose when it comes to Potty Training your little one, Tops Day Nurseries will support you and your child.