Here at Tops, we are trying to be as sustainable and eco-friendly as possible. One of the ways that we are currently doing the most damage to the environment is through using disposable, one-use plastic nappies and wipes. We already use our own DIY baby wipes to reduce the the amount of single-use plastics we use, and we want to reduce that further by changing to washable nappies. Find out more below!

Why are disposable nappies bad? 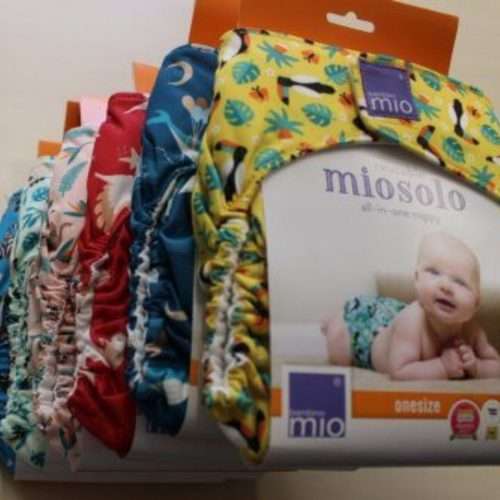 Disposable, single-use nappies are incredibly damaging to our environment. Each one is made up of 30% plastic, which may not seem much at first thought. But our nurseries use more than 250,000 single-use nappies every year, which creates a huge amount of plastic that is thrown away into landfill. To make this worse, disposable nappies take an estimated 450 years to fully degrade, meaning every nappy that has ever been used is still sat in landfill sites across the world. Although there are biodegradable nappies available, these are just as bad as single use ones. The equipment needed to degrade these nappies is rare, and they are unlikely to degrade quicker in landfill due to the lack of oxygen, which is a key requirement for biodegradation.

What are we doing? 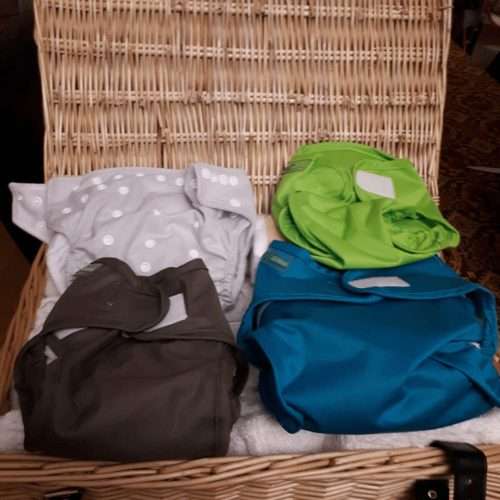 In response to this, we have made the decision to change to washable and reusable nappies. Following a successful trial of our Real Nappy Scheme late last year at Tops Southsea, Tops Musgrove, Tops Lakeside and Tops Gillingham, we have now started using reusable nappies across all our settings. While this will not solve the problem immediately, it will save around 912 single-use nappies per child from going to landfill.

The launch of our Washable Nappy Programme means that all children will use a reusable nappy while at nursery. These can either be provided by parents, or Tops will provide them for a small charge. A fee of £1 per day will be applied, and has been calculated on the basis that all children in nappies will participate in the programme (this only applies to nurseries that have fully launched the programme, please speak to a member of staff to find out more). This charge covers the cost of not only providing the nappy, but also washing it at our new eco-friendly Laundry Hub. At the end of each nursery day, children will be put into the nappy provided by parents, to ensure washable nappies can be circulated within the nursery and that we can maintain control of sanitation and laundry protocols. These changes will only apply to children who don’t use reusable nappies – if you are already using them, no additional charge will be applied! 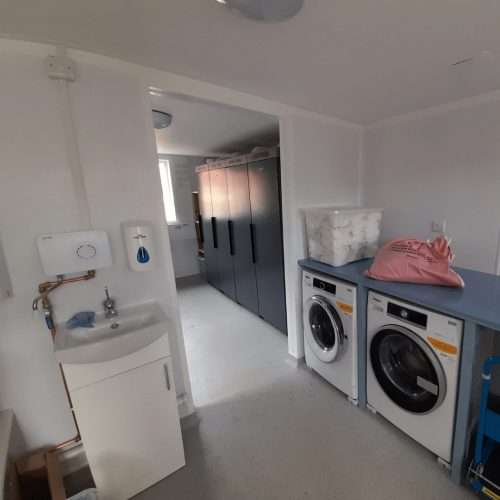 We have recently built a new eco-friendly laundry hub that will be used as part of our Washable Nappy Programme. Based at Tops Bearwood, the hub is powered by solar energy and uses the latest rain/grey water retrieval systems. The hub also has Ambient heat exchange dryers, imported from Scandinavia, which uses the heat generated by the washing machine operation to dry the nappies. Our laundry hub operates to commercial laundry standards to ensure that both the highest standards of cleaning, and the best in commercial laundry practices, are delivered in the most eco-sustainable way possible.

To find out more about our Washable Nappy Programme, have a read of our recent blog!

Check out our reusable nappy FAQ’s below, and don’t hesitate to get in touch if you have any additional questions or comments!

My child has a disability or sensory issues, can I still use disposables in the nursery?

We aren’t aware of any medical advice requiring disposables rather than washable nappies for children with disabilities or sensory issues. However, if you think this is a problem please contact your nursery manager to discuss.

What other benefits are there for my child?

Children using washable nappies are quicker and easier to potty train, become independent more quickly, which in turn supports their self-esteem. There are also physical advantages in mobility and dexterity as children dress and undress themselves, and are able to move more freely without a nappy on.

What is the carbon footprint of washable nappies?

Very similar to disposable nappies, but we keep washable nappies for much longer.  We wish the manufacturers of all nappies, both disposable and washable had to mark their nappies with their carbon footprint but currently that is not the case, it can vary widely depending on what they are made of and where.  The real damage of disposable nappies is that they go to waste after only one use, and also the poo in them goes to landfill where it is a biological hazard, whereas washable nappies can be kept and reused for years and poo goes down the toilet for treatment as sewage, as it should.  Some research done many years ago claimed that the impact for both was similar, but it did not include the correct impact of the waste, just the production, this was updated in 2020, where research also showed that the method of laundering washable nappies is also very important (UNEP et al., 2021)– ie ideally  not be tumble dried, green energy needs to be used for the washing machines, environmentally friendly cleaning agents, and preferably grey water, which is the way that we are doing it.  We are also using bamboo nappies rather than plastic based nappies to reduce the level of microplastic waste in the water although the wraps remain plastic, and we are using filters for the water waste to reduce even that.

My child has skin sensitivity. How do I know the nappies won’t irritate their skin?

There are fewer chemicals in washable nappies than in plastic nappies, which is why they don’t smell as much when wet and don’t cause skin irritation as much as disposable nappies. All of the cleaning and sanitising agents we use are safe for sensitive skin.

I use biodegradable disposable nappies. Aren’t these better than washables?

No they aren’t, because it is rare to find the biodegrading equipment that these nappies go into – they go into general waste and usually to landfill or possibly incineration.  In landfill they are unlikely to degrade much quicker than normal nappies because of the lack of oxygen in landfill (lots of methane) which is a requirement of biodegradation.

My child only attends for very short sessions. Do I still need to pay the full charge?

The full charge is £1 per session, and while some children will not have a nappy change in that period, others may have 2 or 3, depending on the timing of their motions, so its difficult to calculate and expensive to administer.

We did consider a per nappy charge, as some children attend 10 hours, others 6 hours, others 3,  which is a similar difference but this would mean a lot of recording/paperwork for the nursery staff and more administration, which we are trying to minimise.

We have also removed the additional charge for children under 2, when in fact the cost is much higher due to the higher staff ratio, so we think this is a fair premium for children in nappies.