The staff and parents from Tops Bournemouth have been supporting Children in Need by voting for the member of staff they most wanted to see ‘gunged’ in the name of charity.

Georgia, a Level 3 practitioner at the nursery, received the highest amount of votes and received a gunging from Marty the Mouse and Magda Zuber, nursery manager. The children watched and cheered as Georgia was covered from head to toe in the gunge, consisting of everything from baked beans, flour and even tuna!

In total Tops Bournemouth raised £110 for Children in Need which is a great achievement.

Magda Zuber, nursery manager at Tops Bournemouth, said: “Thank you to everyone who got involved to raise money for Children in Need, and thank you to Georgia for being such a good sport! The children enjoyed seeing her get gunged, and it was great that so many parents to take part in the voting.”

A film crew from BBC South Today came along and filmed the gunging which was shown on the lunch time and evening’s news. She’s now our local celebrity! 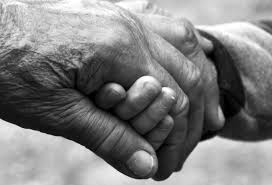 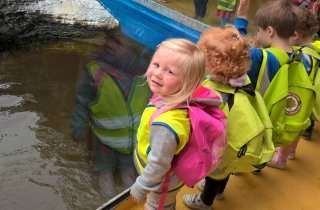 Celebrating our Managers Length of Service!